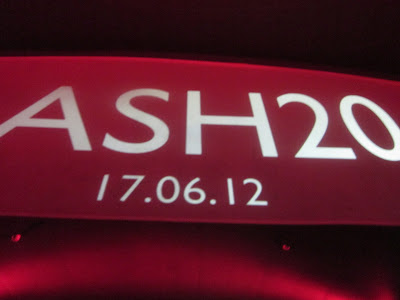 Ash are my favourite band. They have been since I was 12, and that’s like almost 18 years ago now. I’ve been a fan for 17 years now, as I started to like them at the end of Year 7, which was 1995. I saw the Girl From Mars video on MTV whilst at a family friends house. It was a hot and sunny day, and I was having a rest from the early afternoon sun, and stuck the TV on. I was hooked.

I’ve seen them for a total of 18 times now, and through the years they have provided the soundtrack to my life. I’ve met them a few times, I’ve been lucky enough to go to some very intimate gigs at BRIT school and at The Union Bar at Maidstone. I saw them play a few times at my beloved Astoria (RIP). I saw such bands as Muse and Snow Patrol support them. This weekend marked the 20th anniversary of them getting together as teenagers, playing The Wagon by Dinosaur Jr in Rick McMurray’s garage as their first song as a band. The wonderful Jed Shepherd and his lovely friend Karen decided it was only right to hold a special birthday party for the band and their fans.

Of course, I had to go VIP. These tickets meant I got an exclusive goody bag and was treated to seeing the band playing the ‘Trailer’ album in full. We were shown Jed’s horror movie collab with the band (so, so funny and full of amazing cameos by Dave Grohl, Andy Dick, Moby and many more), got to meet the guys themselves, and were treated to an acoustic set. There was also ‘Asheoke’ where numerous people, including the incredibly sweet and funny Josie Long, got to sing Ash songs karaoke-style, with the band playing! It looked incredibly fun but I really don’t have the guts to do that kind of thing. 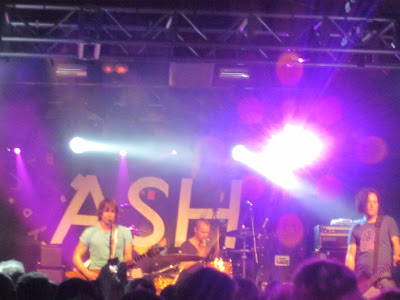 In the evening there was a gig downstairs at The Garage (the VIP and Priority stuff was all held upstairs) which was amazing. There was support by Bleech, and by the wonderful GAsh (seriously, those girls need to release this version of A Life Less Ordinary, beautiful), Som from My Vitriol played some beautiful songs, Adam Buxton did an amazing video comments skit (have you seen the one he did when he was on Never Mind the Buzzcocks? It was like that but with Burn Baby Burn!) and then the boys played with many a special guest-Russell and Matt from Bloc Party, Grant Nicholas from Feeder, and of course then wonderful Charlotte Hatherley rejoined the band for a few songs. I was blown away and amazed at how brilliant it was, and I’m still buzzing now.

Jed and Karen who organised the whole thing did bloomin’ well, and I cannot wait to see what’s next up their sleeves for Piper/Shepherd Productions. Thanks guys, you did darned good.

But most of all, thank you so much to Ash, you guys are simply amazing and here’s to another 20 years!