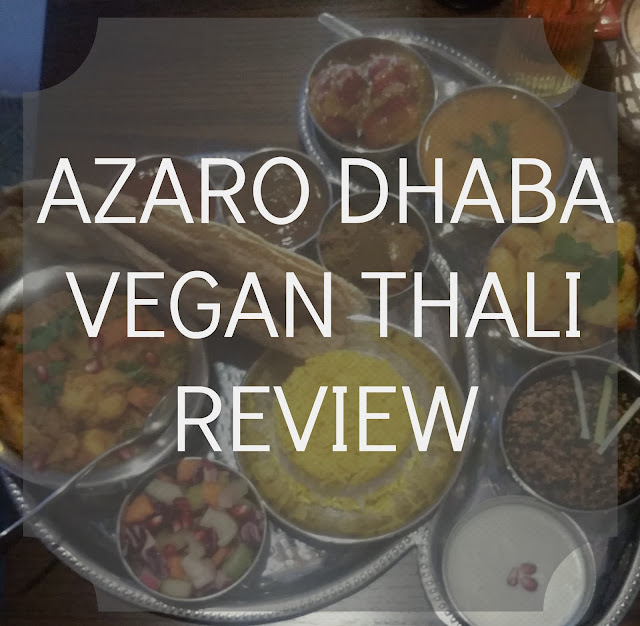 When I moved to Brighton over a decade ago, I was used to not finding a decent, authentic Indian restaurant. I grew up close to a town with a large Sikh population, and that combined with growing up with friends who had Indian heritage made me a bit of an Indian food snob!

However, the tides in Brighton have been turning, and a year ago Azaro Dhaba launched in Hove. I can’t deny that at first I was a bit sceptical, but I was recently invited by Azaro Dhaba to try their vegan thali.

I arrived at the restaurant and was kindly greeted by one of the staff – one thing I should mention straight away is the attention that staff pay to diners. Usually as a diner I either feel under-served or suffocated by attention by staff, but Azaro seem to have got it just right. The whole evening had a great community feel, with staff members paying good attention to all diners – not just myself who was there to review. 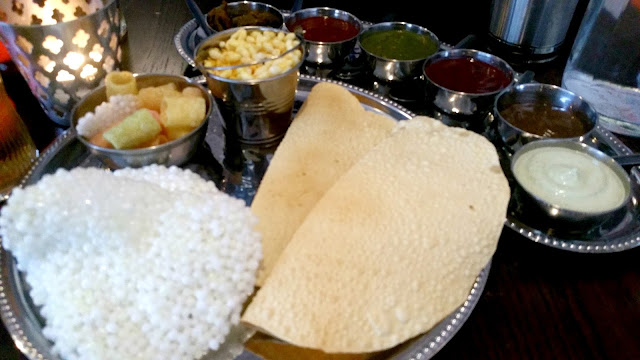 To start we had a selection of crisps, poppadoms and dips. Oh, the dips! They’re made fresh onsite (as is all the food – you’d be surprised at how many restaurants actually don’t do this) and my absolute favourite was a coriander one – it had such a fresh taste, I had to keep ignoring the other dips and going back for more! 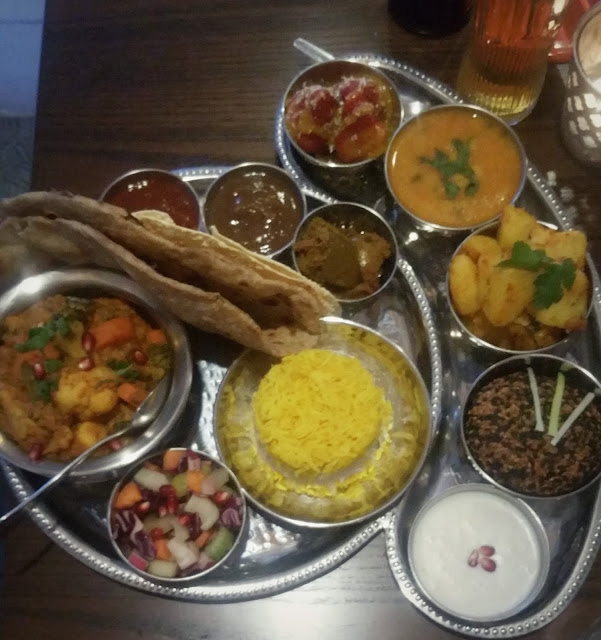 When the thali turned up, I was happy to see more of the green dip! But more importantly, I was excited to try the rest of the thali. It’s not often that an Indian restaurant offers a fully vegan meal. This is usually because of the use of ghee in cooking. However, there are some places that’ll cook without ghee, and also offer other vegan options to choose from apart from you just having to ask for something to be ‘veganised’. 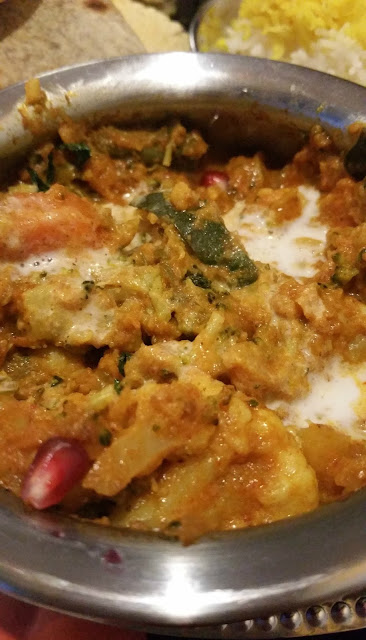 Azaro Dhaba is different. The vegan thali features a vegan curry, complete with dairy free yogurt, a selection of dips and delicious sides. Sides include a pomegranate gemmed salad of celery, onion, carrot and red cabbage, potatoes, a lentil dhal and a delicious coconut yogurt dip. There was also rice, and my absolute favourite thing which was the potato cake which was coated in sesame seeds. Goodness me, that was delicious. I could make a whole meal out of eating those with the green dip! Really tempted! 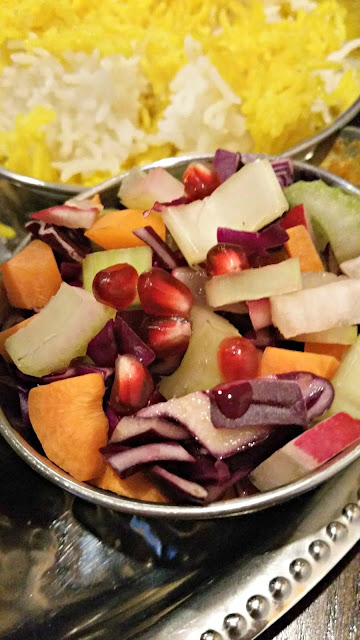 As with a traditional thali, there was also a sweet treat to finish your meal. For the vegan option it was strawberries with a mango coulis and shredded coconut, which was the perfect end to a delicious meal. 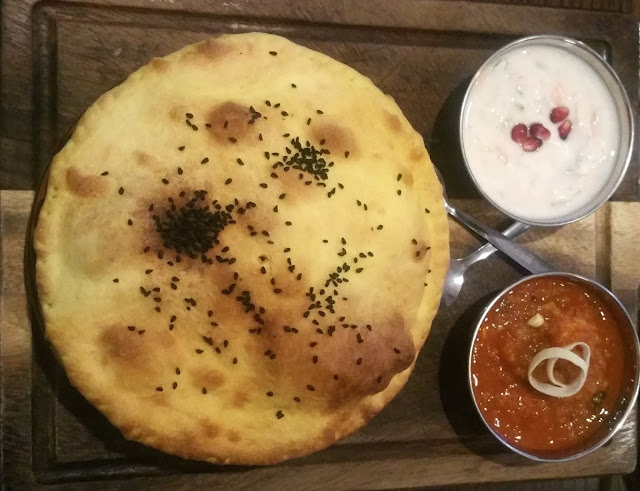 My fellow diner had the lamb dhum biryani which arrived within a clay pot and covered with a dough – it looked pretty spectacular! The biryani is cooked within the tandoor oven and I was told it was VERY tasty! Azaro Dhaba do offer a vegetable dhum biryani, but it’s currently not vegan.

If you go to Azaro Dhaba and are looking for vegan food, then they have marked all of their fully vegan dishes on the menu with a double asterisk (**). However, it’s always worth giving them a call in advance as they will more than likely be able to veganise additional dishes for you, cause they are good like that.

The thalis at Azaro Dhaba are £9.95 from Sunday to Thursday, and they also offer a lunch menu. Next time I’m over Hove way I’m hoping to try their Aloo Bhaji Burger which is vegan and for £4.95 also comes with crispy aloo bhajias (Indian chips) – what a bargain!!

Thanks so much for inviting me to dine at Azaro, Kirti and Az! If you’ve been to Azaro before, let me know in the comments what you enjoyed the most!!

Disclaimer: Azaro kindly provided our meals for review, however all words and opinions are my own.