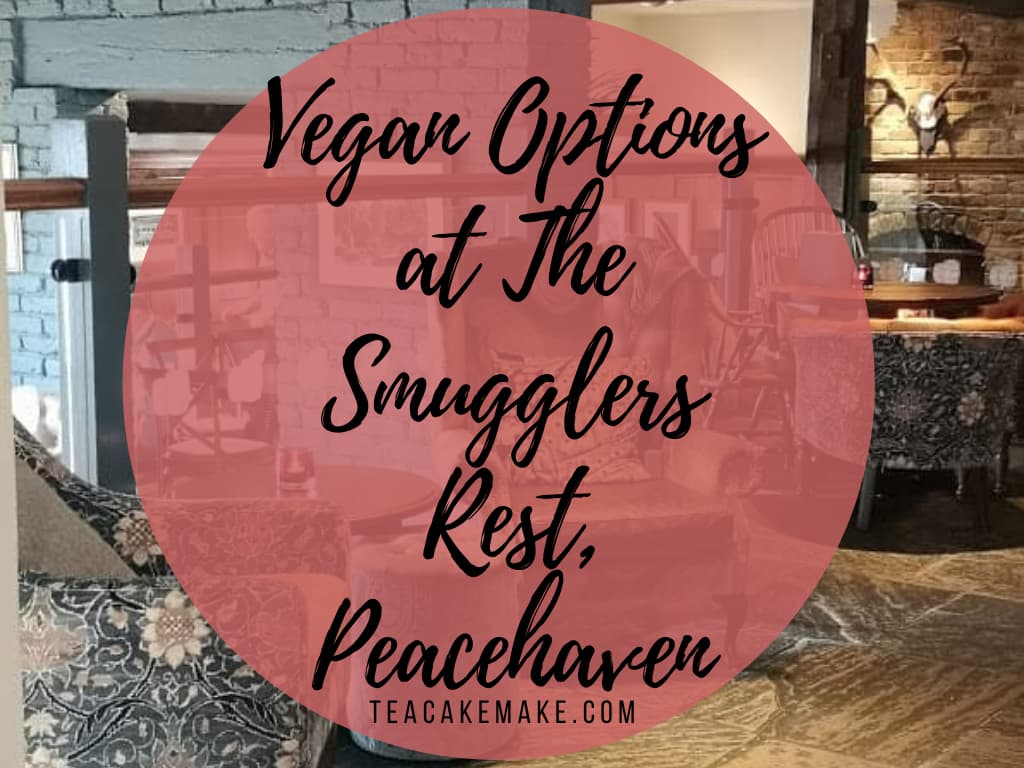 Just outside of Brighton lies the suburbs of Peacehaven and Telscombe Cliffs. Despite not being in central Brighton, you’ll still find some great options here, including The Road Shack Cafe and The Smugglers Rest. I was invited by Vintage Inns to review the vegan options offered at The Smugglers Rest, which is owned by them, and had recently introduced a range of delicious sounding vegan options. 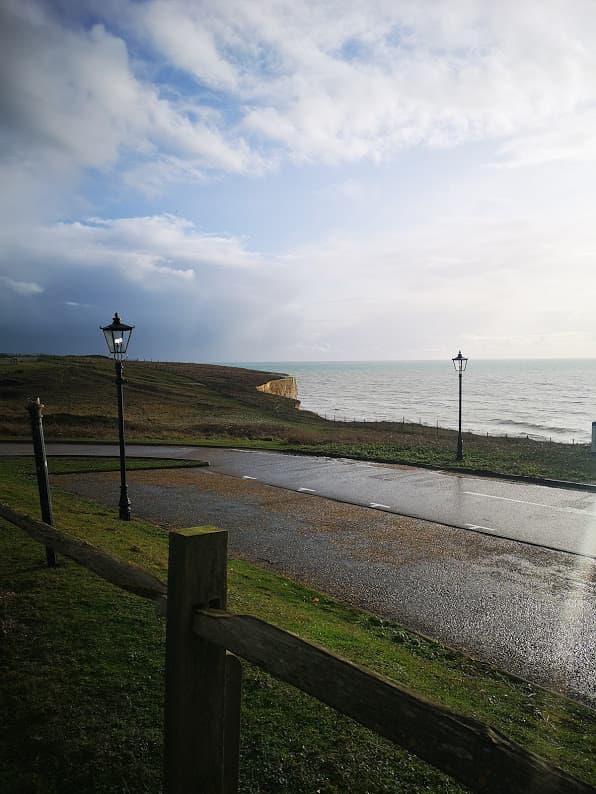 The pub itself sits on the edge of the coast, looking out to the sea – the view is gorgeous and I can see it being a lovely spot for a drink in the garden (which also overlooks the English Channel) in the summer. 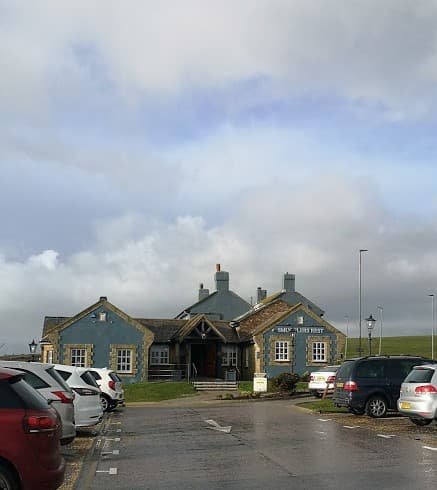 Since I visited in December, the pub offered a cosy space, complete with log fire and attentive staff. 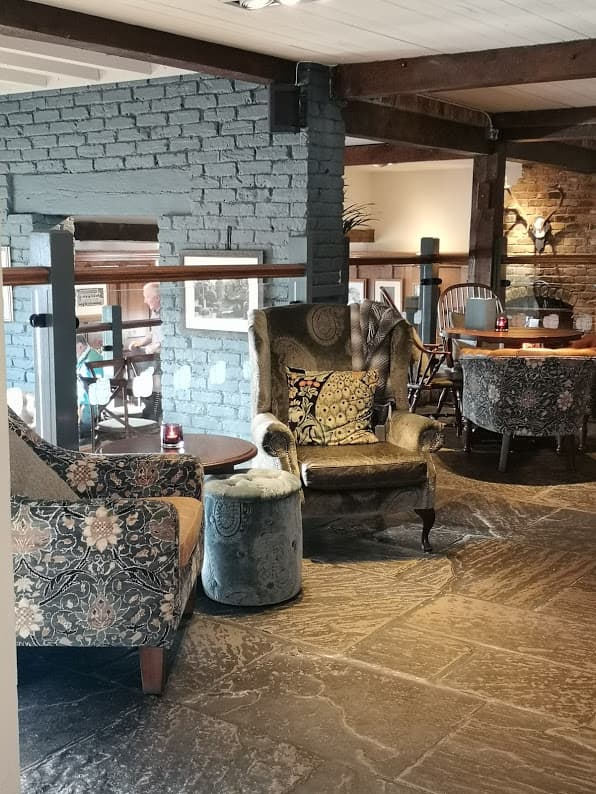 Of course I’d checked over the menu ahead of visiting (naturally), but I had a quick look to make sure that I’d made the right choices. On the vegan menu at the time, mains dishes included a Moving Mountains burger, spiced squash coconut curry, spiced roasted cauliflower, and smoky jackfruit wrap, and desserts included bramley apple pie, crumble of the day (served with vegan custard), vanilla rice pudding, and vegan caramel biscuit cheesecake. I went for the Moving Mountains burger, followed by the Vegan caramel biscuit cheesecake. 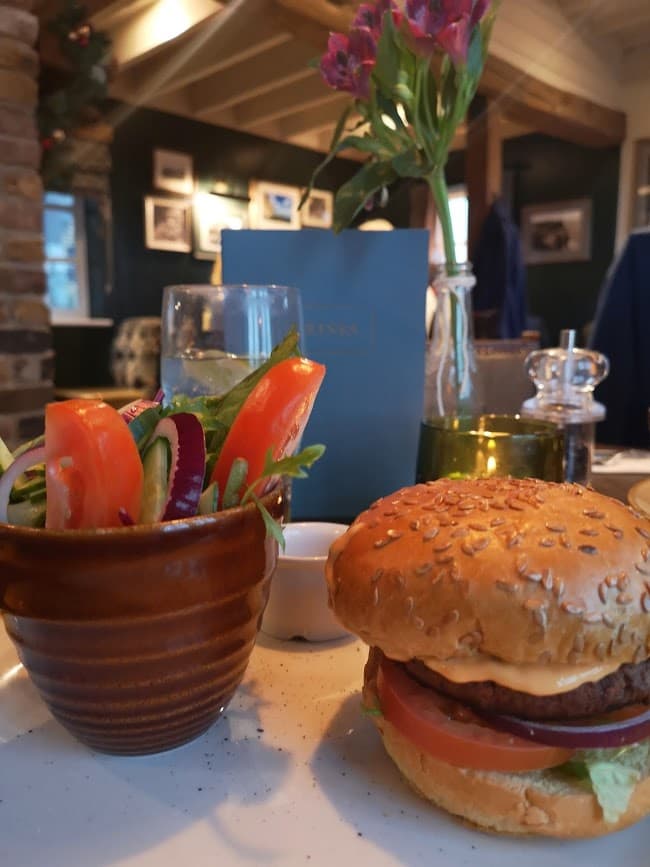 I really love a good vegan burger, and the Moving Mountains burger is up there with the best ones! I love the fact that you will always know that the establishment will always show that the burger is Moving Mountains, as the company has an agreement – if the establishment wants to sell the burger, they need to label it as such on the menu, rather than a ‘vegan burger’ or ‘plant based burger’, which as a Marketer, I think is a great idea!

The burger was served in a bun, with lettuce, tomato, and a burger relish, with a side of salad and dressing. It was delicious. 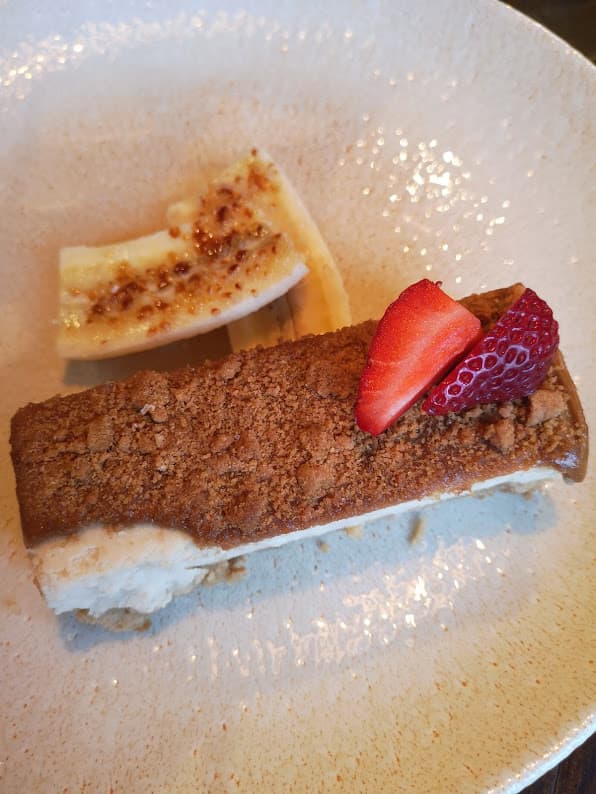 Before I went vegan, I absolutely LOVED cheesecake. It would be my pudding of choice, and when I’d been out drinking and M&S Simply Food was open, I’d buy a 2 pack and have 1 on the train home, and 1 in the morning to help ease the hangover. However, I’d had my fingers burned with a couple of poor quality vegan cheesecakes (no-one wants a raw ‘cheezecake’ made with bananas and berries!) so had avoided them over the years. However, I’d heard that this one was good, so thought to give it a go.

It was delicious, and honestly, you’d not be able to tell that it was vegan unless you were a supertaster. The cheesecake had a crumbly, buttery base, a creamy cheese part, and was topped with a caramel biscuit (think Biscoff/Lotus biscuits) topping. On the side there were slices of caramelised banana, which went with the cheesecake pretty well.

So what did I think? Overall, the meal was pretty good, as was the service. I would have liked to have had another option instead of a side salad with the Moving Mountains burger, some chips or onion rings would have been lovely! It’s nice to see a pub chain have a decent vegan selection instead of having to cobble together a meal of sides, and with Vintage Inns located around the UK, I’d say that it would be worth paying your local one a visit!

Have you eaten any of the vegan options at a Vintage Inns pub before? What did you have and what did you think? Let me know your thoughts in the comments!

Disclaimer: This blog post is written in cooperation with Vintage Inns, who kindly gave me credit to review their vegan menu offerings. As always, I paid the tip myself, and all thoughts and words are my own.

Want to read more of my vegan reviews? Here’s a few for you: 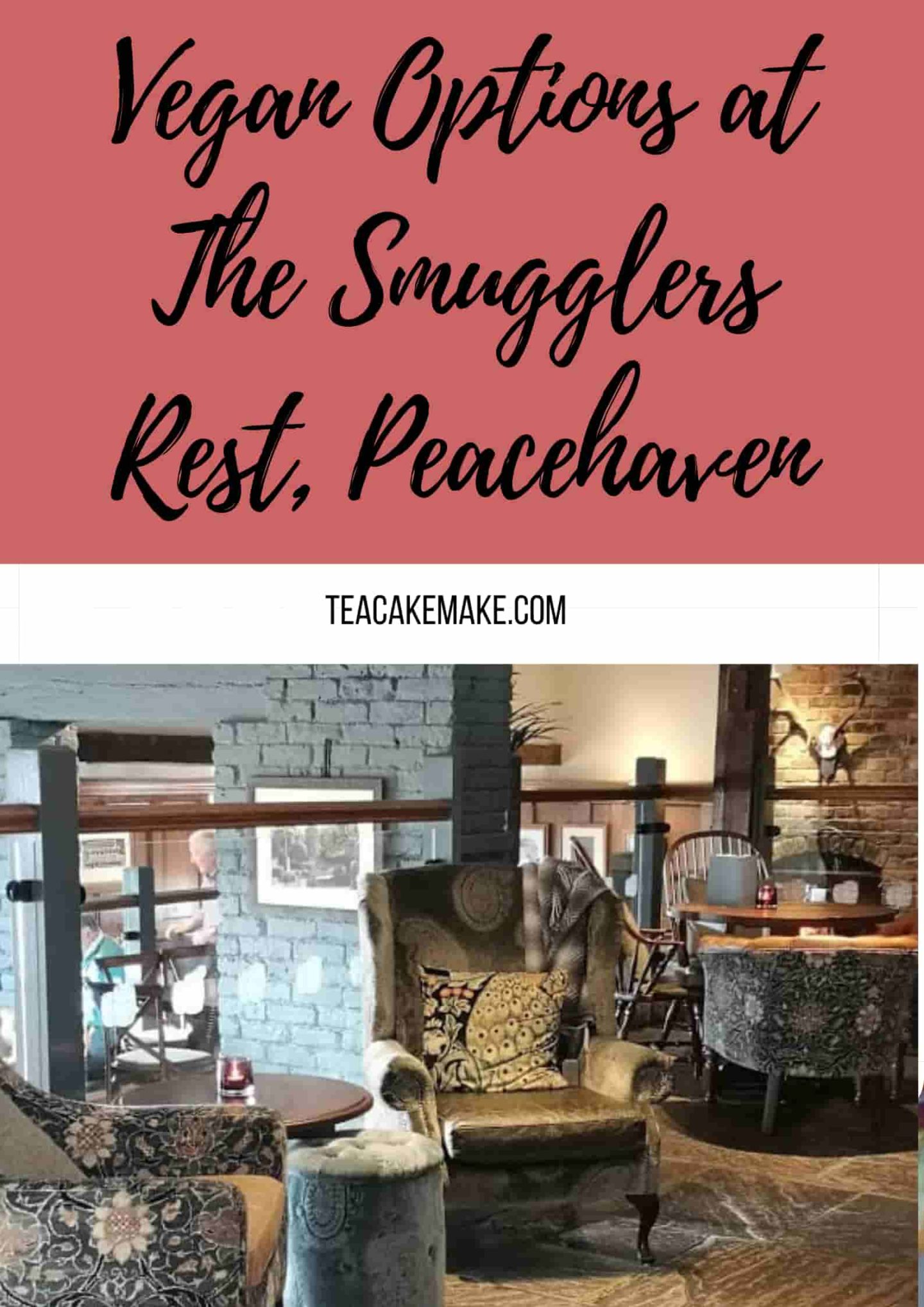