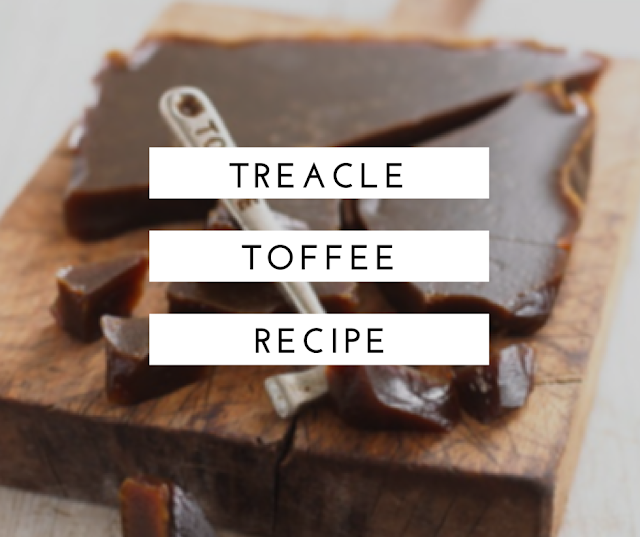 It’s Guy Fakes/Bonfire Night over here in the UK on November 5th and to help you get ready for the occasion, the lovely people at The Gobstopper have written a guest post for me, complete with a recipe for treacle toffee, yum!

As someone with a sweet tooth, England is more than just a green and pleasant land, but also a voyage of discovery that allowed me to sample some delicious traditional English confectionery that has to be tasted to be believed. The English retrosweets are most certainly something to write home about and my particular favourite was the glorious Treacle Toffee, the taste of it
is steeped in so much history and tradition. The use of molasses (or treacle) in the United Kingdom began in the 1660s, when it was first used to make gingerbread. Bonfire toffee arrived on the scene shortly after, but was expensive as it was considered medicinal and so Treacle Toffee took some time to develop itself as a dessert food or treat. It was known as ‘Treacle Sweetmeat’ at some stage. Although it began to take its place amongst other popular sweets of the time, such as candied fruit, fruit preserves and marmalade, it wasn’t until 1825 that the term ‘Toffee’ appeared in print.

A Toffee with many Names and Traditions

TreacleToffee goes by many names – Bonfire Toffee, Cinder Toffee, PlotToffee or Tom Trot – but whatever they refer to it as, every piece
of Treacle Toffee I was fortunate enough to sample during my travels had a distinctive rich flavour that didn’t disappoint, although one cheaper version I tried was slightly bitter. Strongly associated with the British ‘Bonfire Night’, this hard brittle toffee favours the autumn season and is also hugely popular over Halloween. I love learning more about the English culture and their heritage and traditions. Although Treacle Toffee AKA Bonfire Toffee is typically associated with Halloween and Guy Fawkes, the sweet treat also makes it onto the Christmas wish list of choice confectionery.

Having succumbed to the rich toffee taste, I was keen to find out how to set about making my own Treacle Toffee and found a recipe that would make up an eight inch square pan:

half litre of water

Having first greased the pan with some unsalted butter the process was relatively straightforward, requiring a little concentration. I put all my ingredients into a large stainless-steel sauce pan and heated them over a medium flame until the butter has melted, to quickly bring to a rolling boil before boiling, covered for two minutes to 270°F/140°C ( a sugar or toffee thermometer comes in handy at this stage!) Stirring regularly while the toffee thickens, between 20 – 45 minutes (patience!) the mixture will harden and solidify and needs to immediately be removed from the heat and placed in a large bowl of water to arrest the cooking. Stirring regularly, maintain a fast boil to reduce the toffee. When it gets thicker, dip a teaspoon into the mixture and bring a tiny drop in the cold water. If it’s ready, and the temperature is met, the drop should turn into hard and solid piece of toffee instantly, and this is the time to remove the pan immediately from the heat, and dip the whole pan in a large bowl or kitchen sink filled with cold water to bring down the temperature rapidly before being poured into the greased pan(Tip: to accelerate the cooling process, put a fair amount of ice cube 10 mins prior to bring the tap water to an even lower temperature point). Once cooled, the sumptuous Treacle Toffee can be broken into those traditional pieces and stored in an airtight glass tin (although mine didn’t last that long!)

The toffee needs to be brought up to a high temperature, so you have to be really careful and be prepared to get a bit sticky – it’s all part of the fun and surfaces are easily cleaned! Once I’d mastered the basic recipe, I could afford to get a little more adventurous with my flavours, adding peppermint, almond and even Cayenne Pepper – interesting if you fancy a little kick!

This brings me onto flavour… During my travels across the United Kingdom, I tried many a piece of Treacle Toffee – the slightly bitter one, one that tasted almost more like fudge, one veering towards butterscotch and one that, believe it or not, was almost too brittle. The best Treacle Toffee I tried was perfect in consistency, hardness and taste – that distinct, powerful treacle flavour, not too sweet, not too bitter, and melting in my throat in all its toffee glory. So, yes, it’s fair to say my happy memories of England are
of so much more than its green and pleasant land. Thank you for the Treacle Toffee – that English taste!