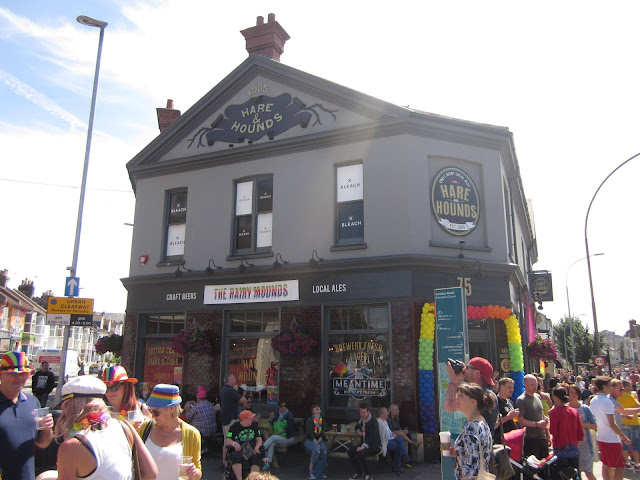 I absolutely love living in Brighton. I love how chilled the city is, I love how large a proportion of free thinking and caring people we have here. To some people living outside of our city, we might seem like a bunch of hippies, but our progressive thinking and love for each other is what makes Brighton and Hove such a special place to live.

Brighton Pride is the most famous event in our city, that’s for sure. And I thought what best to show you guys than how I celebrate!

I usually go to London Road to watch the parade. To me, it’s the best place to go. There’s space, good pubs (The Hare and Hounds. The Worlds End, and The Joker), and great people. 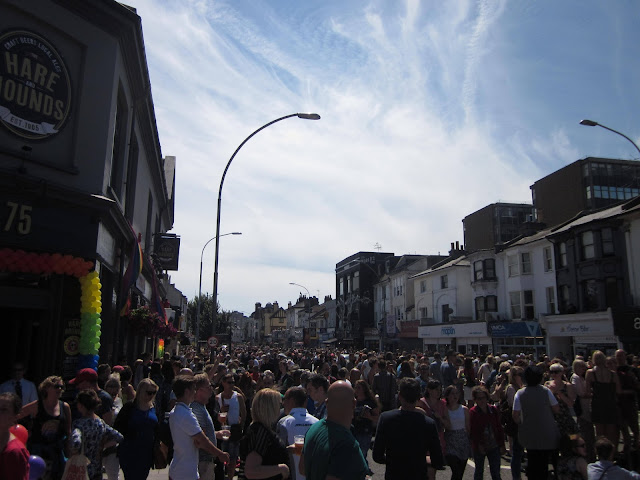 My friends and I made our way down to our usual meeting place for midday. The parade was delayed because of a security (bomb) issue, but we had more time in the sun at least. The sun was out and super happy. One of my friends laughed and said it’s because “God loves us gays”, hehe. We slathered on the factor 50 and made sure our sunnies were on for a lot of the time. 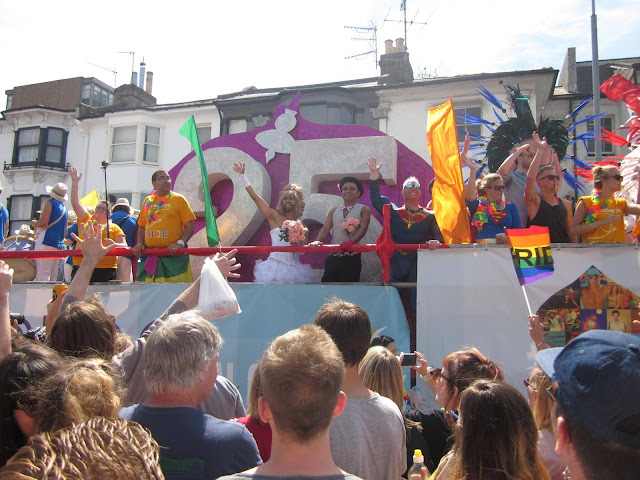 When the parade came, it was great! So many floats, so much effort, so much effort, and so many proud people. Proud to be who they are, whether any of us choose to label ourselves or not. As always, the emergency service workers who marched or appeared on the floats in their uniform brought a tear to everyone’s eyes. As you can see from the float above, this year’s Pride celebrated 25 years of Brighton Pride! 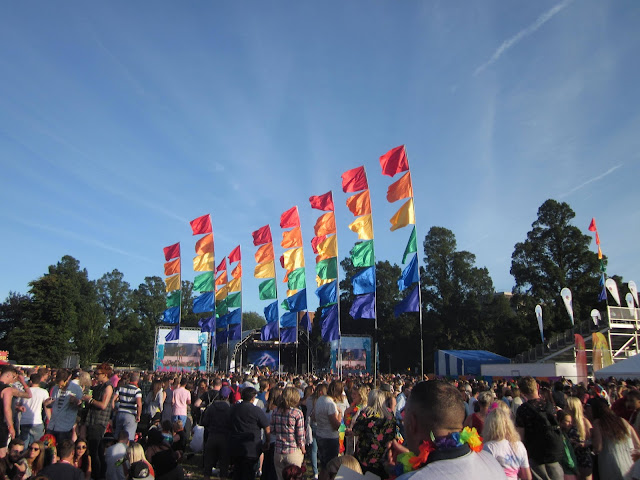 Once the parade had finished, we made our way to Preston Park, where there was a big festival! In Brighton there are loads of post-parade parties to go to. The choice is yours – you can go the the Preston Park festival, the St James Street street party, go to a pub, bar or restaurant party, or a house party!

This year, I received a complimentary ticket from the lovely guys at Thomas Cook Airlines (as they were one of the event sponsors) for the party at Preston Park, so made my way over there with some of my friends. We grabbed coffee, chips and burgers as we went in, as a few of the group had been drinking and the rest of us were super hungry!

We mooched around the site, enjoyed a lot of the music, and had a few drinks. There was lots of different kinds of music to go and enjoy, but it was very dance heavy, with the bigger pop acts such as Miss Dynamite, The Human League, Ella Henderson, and Fatboy Slim on the headline stage (as pictured above).

I left pretty early and was home by 8:30pm with a takeaway and my dog snuggled on my lap. A great day was had, and I’m grateful to live in a place where we can celebrate people for who they are more freely than other places.